What are the “Blue Chip” areas of numismatic collections?

The financial world and the art world effortlessly intersect when it comes to investments in valuable works by “Blue Chip Artists.” “Blue Chip” is a term that originated in finance to describe large and established companies whose stocks have a solid current value and dependable financial future. In the art world, the term has been applied to certain artists who had an established and successful career and predictable, strong and appreciating values for their works on the secondary market. Rothko and Picasso are core examples, where their works are acquired as investments and appreciating tangible assets.

The spotlight is often on significant and recognizable artists of the Modern and Contemporary art market, with both the art world and financial world tracking their sale results and new world records at Sotheby’s and Christies annually. However, quietly and without fanfare, there are incredibly impressive markets for other tangible assets. This includes rare and collectible coins, for which the market of sales and acquisitions surpassed a staggering $4 billion in 2018 alone. Other categories include rare and historical manuscripts, collectible cars and luxury time pieces.

What are the “Blue Chip” areas of numismatic collections? Blue Chip coins, like stocks, are examples that have demonstrated long-term investment security and growth. For coins with numismatic value, which have value surpassing their intrinsic or material value, value is often tied to rarity and grade. Some of the areas in numismatics which are considered blue chip due to their appeal to serious collectors and a strong and steady value appreciation are the following: 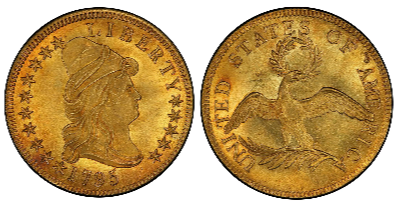 “Early Gold” refers to any gold U.S. coins minted between 1795 and 1839. The first gold coins were introduced in three denominations: the $10 eagle, $5 half eagle and $2.50 quarter eagle. The denominations weren’t printed on the coins, but value was based on its weight, with the $10 eagle being equal to ten silver dollars. These early United States gold coins are coveted by collectors and investors for their historical importance, rarity and value. The most coveted and valuable are high-grade uncirculated examples that can sell into the millions of dollars. One of the most valuable coins in this group is the finest example of the 1795 Draped Bust Gold Eagle which had a mintage of 5,583 coins. However, experts suspect that only 10% of these coins survived. The finest example, part of the D. Brent Pogue Collection, sold for just over $2.5 million in 2015 at Stacks Bowers.

Coins are produced in certain quantities or mintages each year, with certain dates or particular mint locations being scarcer than others due to only a small number of coins either being minted or a change in production resulting in the original mintage being melted, with only a select few being retained. For U.S. coins, the particular coins produced in a certain year where the mintage or surviving coins is small are referred to as “Key Dates.” These particular coins are some of the rarest in the numismatic world. They tend to sustain and appreciate in value as they are always sought after by serious collectors and investors who have a need to complete a collection. One of the most valuable of these key date coins is the 1907 rolled edge Indian $10, which has doubled in value over the last 20 years, consistently selling close to $200,000. The value is due to the original mintage of 31,500 coins being held back before release and melted down. It is suspected under 50 coins were retained for archival purposes. 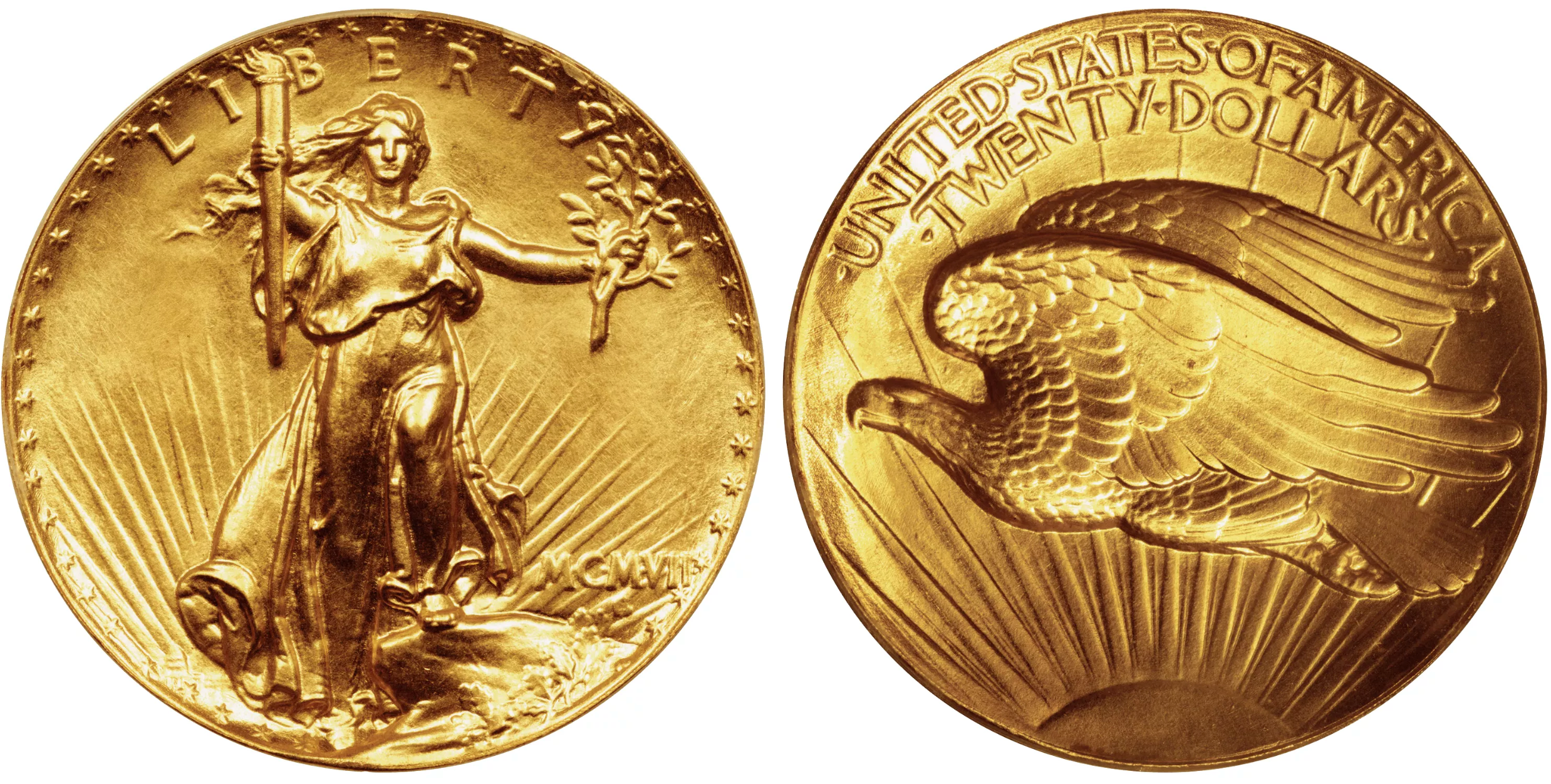 Proof coins are a limited number of coins produced by a mint to check the dies. U.S. mints began producing proof coins in 1820. In some years only 100 proofs were produced. They can be identified by their shiny surfaces and sharp crisp details and edges. Proof coins are rare and valuable, and coveted by collectors. Due to their limited mintage and the steady appetite of new collectors, the values for the early gold proofs has only increased. One of the more valuable proof coins is the 1907 Saint-Gaudens Gold Double Eagle Ultra High Relief. Then President Theodore Roosevelt had ordered the coin to be re-designed where the relief decoration would be much higher than usual. The mint attempted the high relief; however, the process was complicated and ultimately it was deemed not efficient for mass production. The design was eventually lowered, but in the short term a few ultra-high relief proof coins were produced. These proofs consistently sell above $2 million at auction, with the finest examples selling close to $3 million.

Serious numismatic collectors and investors tend to focus on these three collecting areas due to the significant rarity and the long-term investment that goes with that.  With a fixed and limited supply of these early minted coins and demand ever increasing, the investment opportunity is solid and established.